"If the enemy had occupied the heights on the other side of the river, from that position they might have killed all our people in the fort. The Indians were shooting rather bad; later we found out that the Assiniboins had three men dead and 20 were severly injured."
​Prince Alexander Philip Maximilian Wied was born in 1782, the eighth of eleven children. As one of the youngest in the family, Max had few royal duties and was encouraged to pursue his lifelong love of natural history.
Soon after this painting (on the left) was completed, Max and Bodmer left the upper Missouri territory. They sailed home to Europe in the summer of 1834, never to set foot in the Americas again. Several years later, their work was published, and that might have been the end of the story except for a tragic twist of fate.

In 1837, an especially virulent strain of smallpox hit the upper Missouri Territory. A smallpox inoculation program for Indians was mandated by congress to begin in 1832, but officials never fully implemented it. Few inoculations were given north of Fort Pierre. Consequently, the tribes along the upper Missouri were decimated by the smallpox epidemic of 1837. Estimates range from 17,000 to 60,000 fatalities. The devastation irrevocably altered the power structure among the tribes of the Territory.

However, no tribe was hit harder than the Mandan. In July of 1837, the Mandan population was estimated at 1500-1600. Three months later, in October of 1837, only thirty-one Mandan remained alive. Chief Mato-Topé was one of the many Mandan casualties of the epidemic. Today, there are no full-blood Mandan in existence. It is primarily through Prince Max’s meticulous and thorough ethnological notes together with the exceptionally detailed paintings of Karl Bodmer that the Mandan are known today.

Prince Max Meets the Mandan: The Story of How a German Prince and a Swiss Artist Saved the Cultural Heritage
of the Mandan Indians 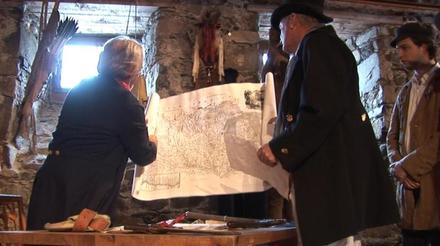 Screenshot - Bodmers Journey
In 1832 the German Prince Maximilian of Wied, accompanied by Swiss artist Karl Bodmer, embarked on a two-year expedition to North America. They spent the winter of 1833-34 at Fort Clark in Missouri Territory (now North Dakota) where they were befriended by the Mandan Indians. Much of that winter was spent with Bodmer painting Indian portraits while Prince Max interviewed the Indians and recorded detailed ethn-logical notes on the tribe’s history, culture, and customs.

​Their expedition was remarkable for many reasons, not least of which was the personalities and unique qualifications of the men involved. 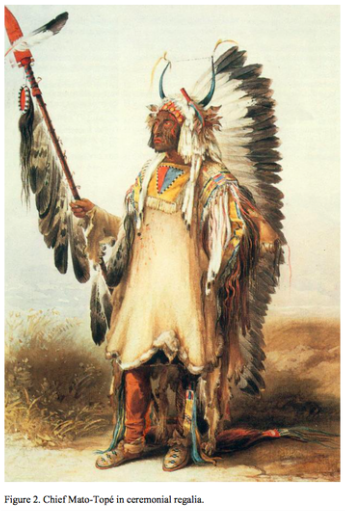